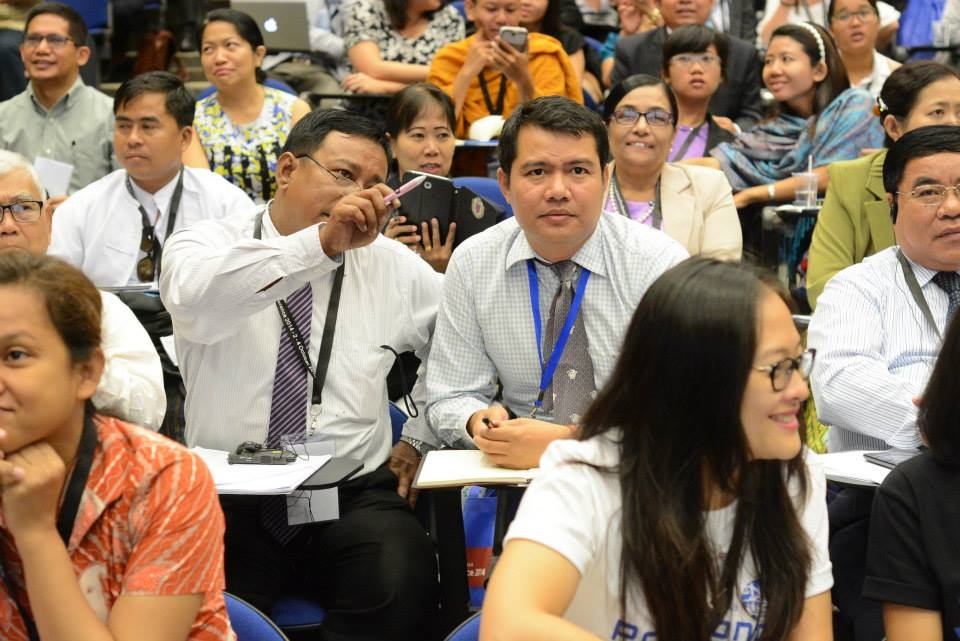 Viva Pro Bono!  This was a conference where pro bono was truly celebrated, not just as the provision of free legal services by lawyers for the public good but as a concept that is driving the positive evolution of legal systems to further justice for indigent, socially disadvantaged and marginalized people across a diverse range of countries in the Asian region.

The conference theme of “Public Private People Partnerships” resonated with the 350 plus delegates from over 25 countries, who attended. Conference proceedings were interpreted live into the languages of Myanmar, Laos, Thailand, and Vietnam, and into English.

Pro bono was talked about at this conference as a concept that strengthens the rule of law, strengthens bar associations, accelerates the development of legal aid systems, and helps law students to learn about the law and go into their communities to teach others about the law.

The power of this conference can be demonstrated by two of the many inspiring events which took place.

First, an address by Singapore’s Pro Bono Ambassador, Josephus Tan as part of the welcome to the conference.  He told the audience that as a volunteer with the Legal Assistance Scheme for Capital Offences and the Criminal Legal Aid Scheme he was lucky to sleep four hours a night due to his workload defending dozens of people who wouldn’t otherwise be represented but was happy doing this because it changed people’s lives. Josephus also showed the audience a remarkable video simply telling the stories of people helped. The video is highly recommended viewing –

The second was the handing over of the “Viva Pro Bono” banner from Lok Vi Ming, SC, the President of the Law Society of Singapore to U Hla Ko, a member of the Myanmar Bar Association who assured the audience that he would be continuing to “drink the pro bono tonic to ensure a long life”.

The conference plenary sessions addressed issues such as the roles of the bar associations in supporting pro bono, pro bono developments and opportunities in Asia, and the challenges of in-house pro bono.  Presentations from the Senior Minister of the State Ministry of Law and Education, Singapore, a Judicial Commissioner from the State Courts of Singapore, and the President of the Law Society of Singapore demonstrated their joint commitment to improve pro bono legal services in Singapore.  The minister announced a new initiative of mandatory pro bono reporting for Singapore based law firms from mid 2015.  There were plenty of practical workshops that covered topics from the DNA of successful pro bono partnerships to what makes an effective pro bono clearing-house system. A third day of the conference was devoted to Pro Bono and Legal Education, including the development of student pro bono initiatives.

Much of the thanks for this stimulating conference must go to the hosts, The Law Society of Singapore, the National University of Singapore, BABSEACLE and BABSEACLE Singapore, but also to the speakers at this and the previous Asia pro bono conferences who have so generously contributed their experiences and reported on successful collaborations resulting from these previous events.

The cumulative effect of this annual conference, together with the pro bono conferences held in Laos (2012) and Vietnam (2013), has been to assist in helping to produce and nurture a group of highly motivated people who have a good understanding of how to develop a stronger pro bono culture in their respective countries, but they still need plenty of support and are eagerly seeking constructive partnerships.

This conference rolls on!  Save the date NOW to join us at the 4th Annual Asia Pro Bono Conference and Legal Ethics Forum to be held in Mandalay in Myanmar from 3-6 September 2015.

More photos are available at the following links