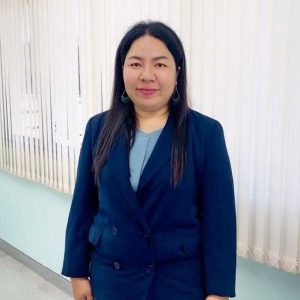 Pavina Thephithuck is the Laos Country Manager. She started her Pro Bono career and relationship with BABSEACLE in 2010 when she joined the NUOL Faculty of Law & Political Science’s CLE program as a student volunteer. After graduating with a degree in Law, she joined BABSEACLE in July 2013 to further her passion to help foster access to justice and the creation of a culture of Pro Bono heart & mind within the legal profession in Laos. Since then, she has been a critical member of the BABSEACLE team, and an inspiration to many in the legal sector in Laos and BABSEACLE’s partners: the Faculty of Law & Political Science, National University of Laos; Faculty of Law & Administration, Champasak University, and the National Institute of Justice.

Her dedication to access to justice and implementing the CLE methodology of imparting knowledge, skills and values has taken her to all parts of the country: from community education (more than 70 villages across Vientiane, Champasak, Attapeu, Sainyabouli, and Phongsaly); awareness raising in schools and drug treatment centers; to legal skills training to law teachers and legal officers. 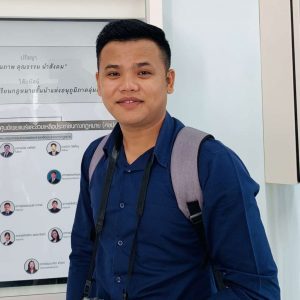 Vilasone joined the BABSEACLE Laos team in 2019, having previously been an active student volunteer in the NUOL Faculty of Law & Political Science’s CLE program from 2016. His experience as a CLE volunteer inspired his passion for pro bono work, community teaching and helping others. Now as a Programme Coordinator and legal trainer for BABSEACLE, he works closely with the National Institute of Justice and its regional branches to strengthen the CLE goals and improve access to justice for the community. Vilasone enjoys learning new knowledge about different areas of law, through participating in trainings and workshops, and then applying these in his work. He has a vision for Laos to move forward with justice and equality and strongly believes that he can help to make this happen. 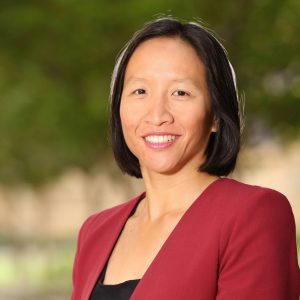 Geraldine joined the BABSEACLE Laos team in 2020. As a Senior Legal Support Officer, she contributes technical legal skills and input to BABSEACLE’s projects, assists with project management and strategic relationships with partners and networks, and plays a key role in general team capacity building. Geraldine is a qualified solicitor in Australia and has over 15 years’ experience in various in-house legal counsel roles in Australia and the UK, including as Deputy General Counsel at the University of Adelaide in Australia. Passionate about contributing to community development and capacity building in Laos, she undertook three short-term stints as a skilled volunteer with VFI and ADWLE before moving to Laos on a more permanent basis at the start of 2020. Geraldine works part-time for BABSEACLE and divides the remainder of her time between consulting and voluntary roles for various organisations, institutions and community groups. 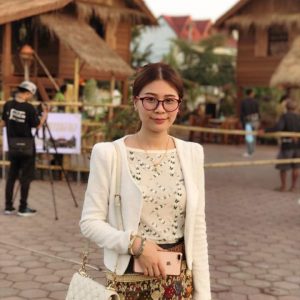 Malysa Phetrasy (Poupe) is the team’s Accountant / Finance Administrative officer. She holds an MBA in Banking and Finance (from Limkokwing University of Creative Technology, Malaysia), Bachelor of Business Administration (from the Lao-American College), and Bachelor of Marketing Management (from Rattana Business Administration College) She is friendly but hard working and loves learning new things through volunteering for various organisations and joining many training opportunities such as those held by MOFA Singapore, SNV, EUROEAID etc. She is experienced in many fields, in particular: Lao accounting, taxation, office administration and marketing. Prior to joining BABSEACLE, Poupe was the Accounting Manager for a Singapore Law firm. At BABSEACLE, she is responsible for monitoring the financial progress of projects, approving expenses, investigating variances, progress financial reporting, supporting auditors and preparing financial reports, office administration and taxation. In addition, she also supports the team to fulfill the necessary tasks of all projects. She believes in Justice and is proud to be a part of the great team at BABSEACLE that enhances legal knowledge and legal services to the disadvantaged, to expand justice and bring peace to our region. 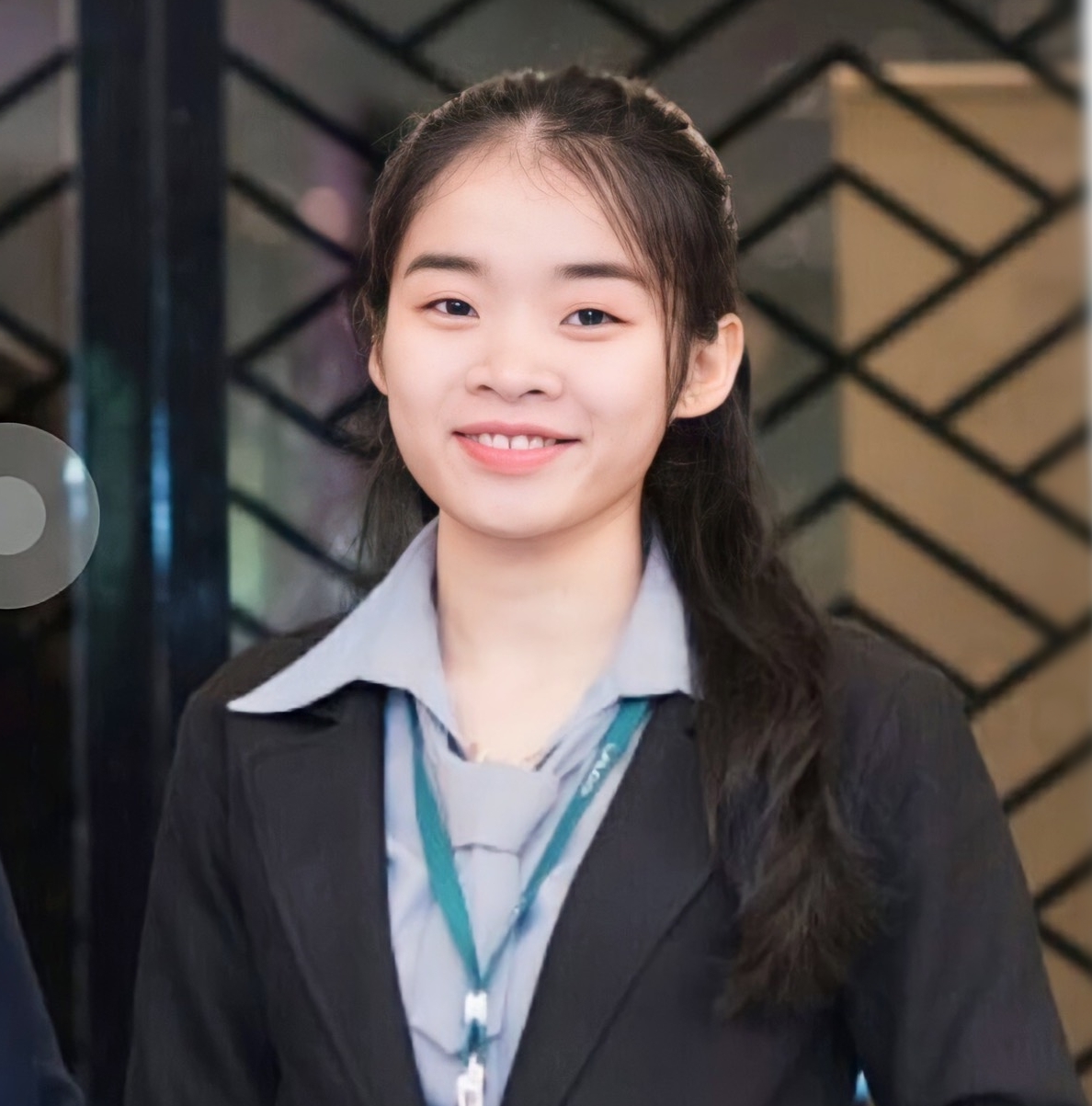 Latthida Kitiyavong is the Laos CLE Project Coordinator for Vientiane. Latthida joined the BABSEACLE Laos team in 2020. Before she joined the BABSEACLE, she worked in HR management at a Japanese company. She graduated with a Bachelor Degree from Faculty of Law and Political Sciences, National University of Laos, majoring in Business Law. While studying, she was a CLE volunteer between 2016 to 2018 and undertook a variety of community outreach activities such as: law dissemination at the Somsanga Drug Rehabilitation and Treatment Centre; interviewing community members in Champasak Province for a baseline study on knowledge of gender-based violence; ‘Stop Gender-Based Violence’ campaign and awareness raising in Xiengkhuang Province and Vientiane Capital. She loves to learn and is always keen to experience new things (whatever the experience) through volunteering and joining training, seminar opportunities and local / regional conferences. Latthida is fluent in Japanese and is one of only 2 students who successfully completed the pilot 4-year Law joint program between Nagoya University (Japan) and the National University of Laos.

Nui joined the BABSEACLE Laos team in February 2021. In her role as Legal fellow. Before she joined the BABSEACLE, she was an Assistant Manager since 2020.
She had graduated from the University of Laos, majoring in Political Sciences at the Faculty of Law and Political Sciences. She has done volunteer work as a member of the Faculty of Law and Political Sciences – Debate Group since 2015. She had done an internship at Presidential Palace. She loves to learn and ready in new experience things and love to work and coordinate with many people. 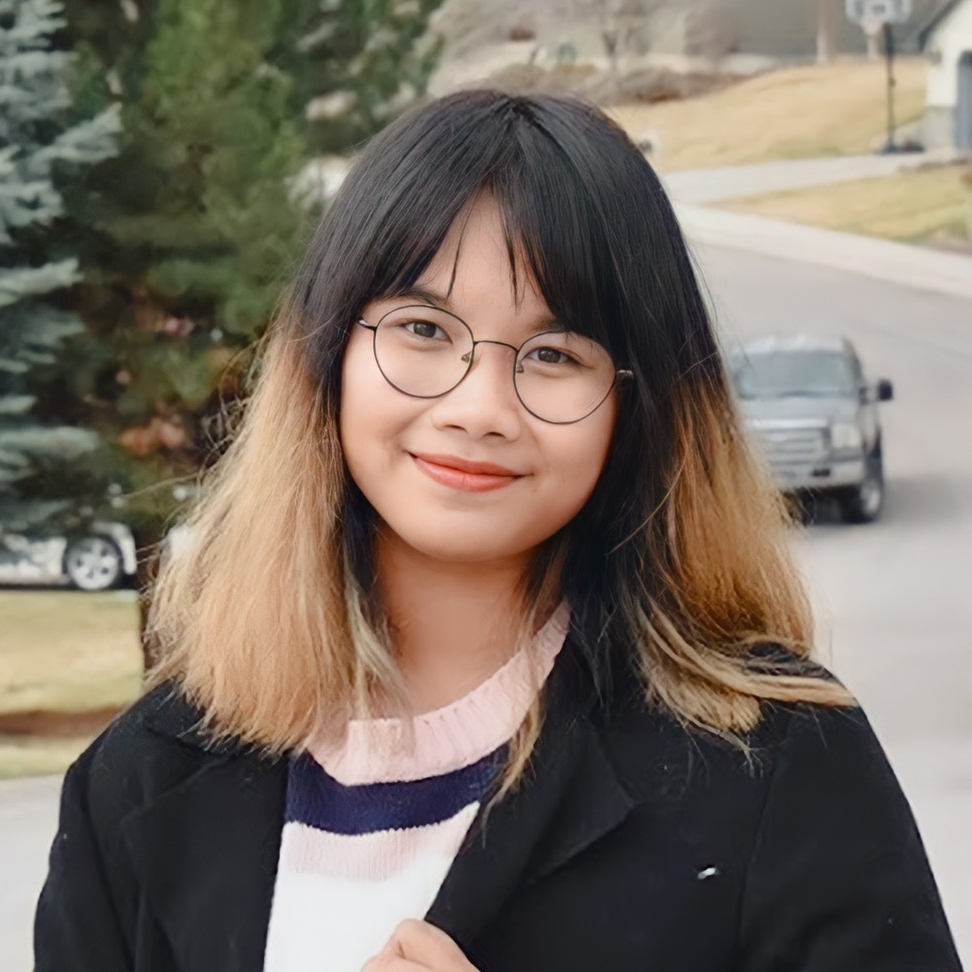 Mitsalin Sonepaseuth is a part-time translator at BABSEACLE.
She joined BABSEACLE Laos as a translator and project assistant for a short term in 2019 then received a scholarship from European Union to be an exchange student at Uppsala University, Sweden in 2020. After that, she came back to the team again as our part-time translator in 2021.
Before starting working, she held a Bachelor’s Degree of Arts in International Relations from the Faculty of Law and Political Sciences, the National University of Laos in 2019. During her university life, she earned a lot of experience in volunteering and exchange programs abroad. Referring to her volunteer background, she was a member of the FLP debate group since 2014 and became the president of this group who played an important role in debate training, planning activities, including facilitating coordination between the group members and the support donors to implement the group´s action plan from 2017 to 2019. Apart from that, she was one of the ambitious candidates for a hunting scholarship both regional and internationally. She received her first scholarship to study abroad by the Korean government under the GKS Exchange Program in 2016 which introduced her to explore deeper in Korean culture and foreign policy.  Following, the scholarship from the US Departments of State during the mid-2019 allowed her to visit Montana and other three states for enhancing her knowledge of American foreign policy and strategy to respond to environmental issues. As one of the young women who are passionate about development and international cooperation, she has a strong commitment to pursue her home country to achieve the UN Sustainable Development Goals, particularly Goal number 16 to strengthen the better providing of access to the justice system and ensure that individuals’ civil rights will be protected in the face of the law.

Lanh joined the BABSEACLE Laos team in June 2021. In her role as Project Assistant.

Her name is Sounilanh Sienmaneesam, a bachelor’s degree from major Business Law at the Faculty of Law and Political Science, National University of Laos.

As a college student, she served academic activities for a group namely the “Asian Law student’s Association” for law students. Moreover, she had involved in volunteer programs both nationally and internationally included rural and urban areas with an emphasis on Youth Education. This factor inspired her to work in the development field with the expectation toward promoting equitable access to good education for the children in Laos.

He is joining us BABSEACLE LAOS as a Project Coordinator, he finished his Bachelor on English and Business Administration, and throughout his career, he has gained tremendous experience working alongside companies and organizations.

He is experienced in the followings:

He is a powerful force in the workplace and uses his positive attitude and tireless energy to encourage others to work hard and succeed.

We believe with his extensive experiences and positive working attitude he will be a great asset to BABSEACLE LAOS. 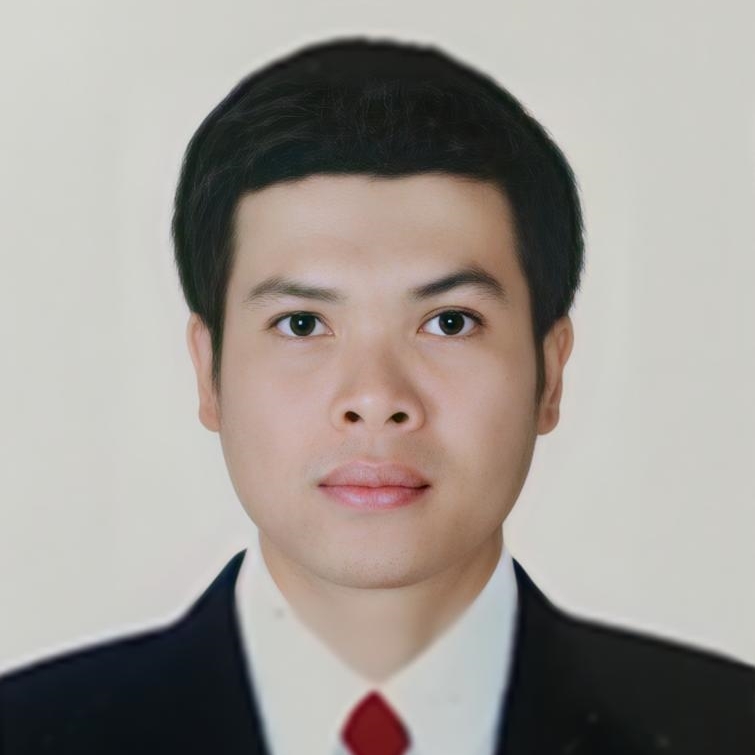 Zat joined the BABSEACLE Laos team in June 2021. In his role as Accountant & Admin Officer.

He graduated from the National University of Lao, Faculty of Economics and Business Management, majoring in Finance and Banking.

From 01st August 2018 to 31 January 2014, he was employed by an audit firm as an audit staff 1 at Ernst & Young Lao Limited. September 2014 to January 2021 working in the accounting department and take responsibilities as finance supervisor position at (Khammouane Cement Company Limited). 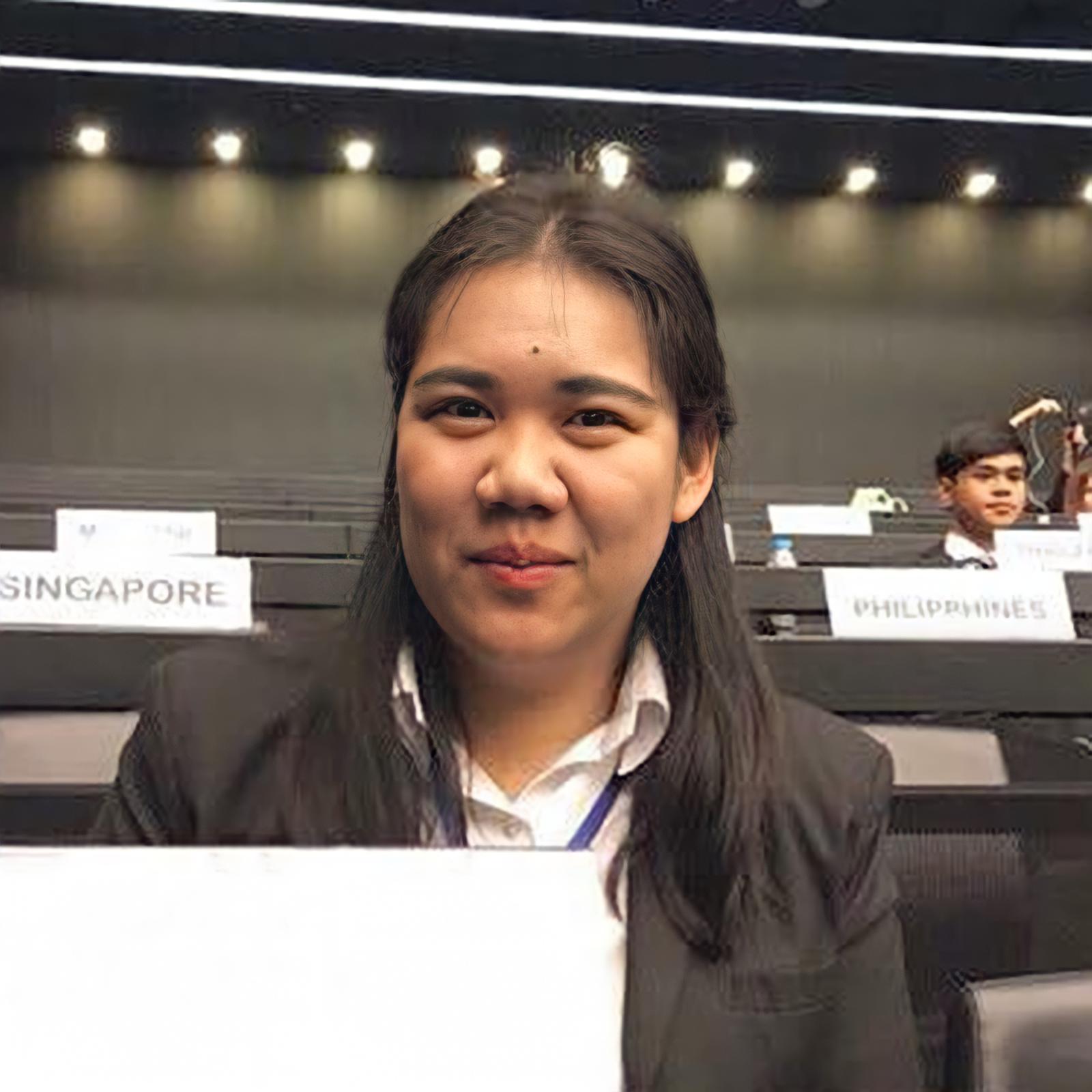 Cherry joined the BABSEACLE Laos team in May 2021. In her role as Project Assistant. She loves to learn and improve knowledge for herself and work improvement to get better. 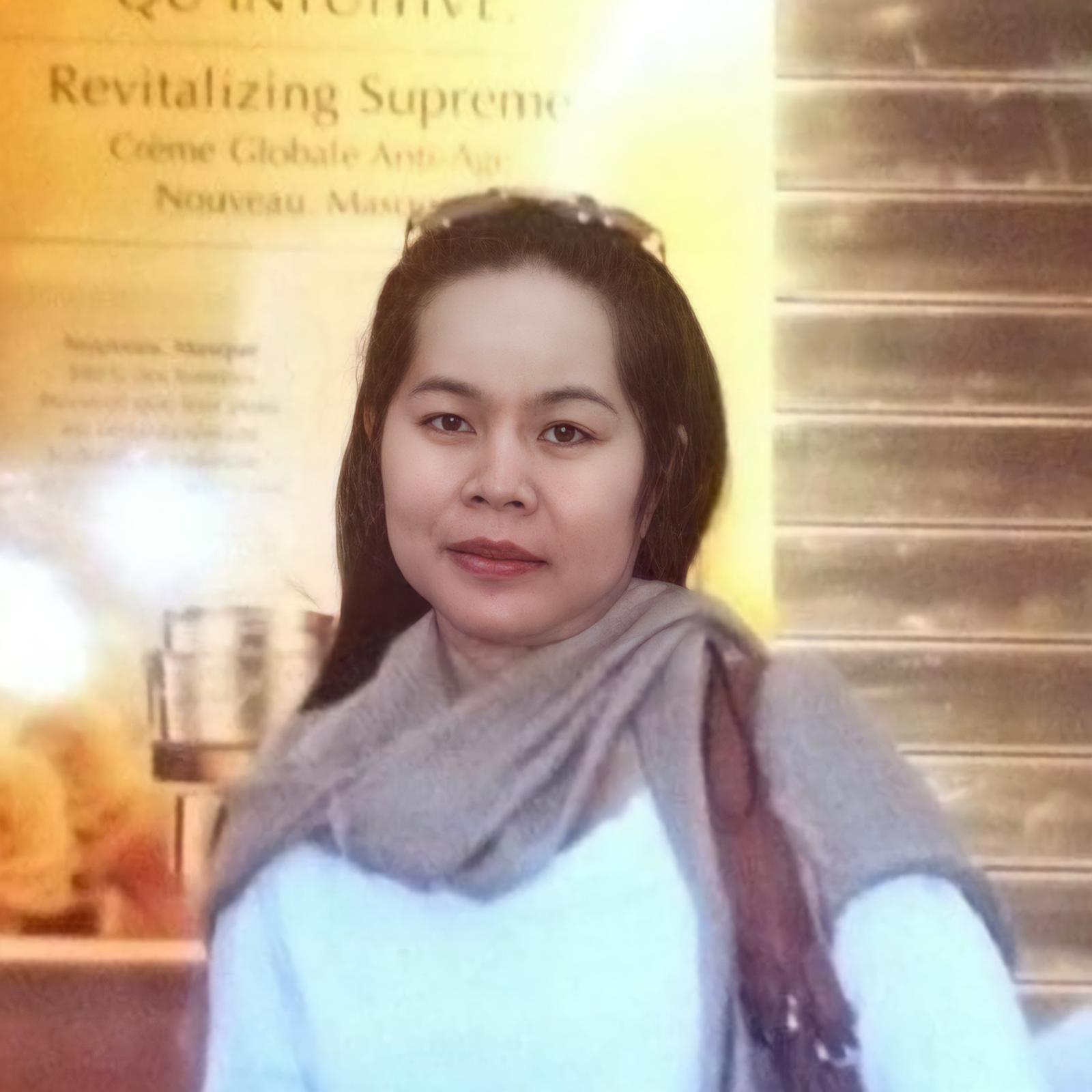 Ju recently joined the BABSEACLE Laos team on 24th May 2021, having previously been in many development projects/partners, including her own business. In the past she worked for SIDA, UNHCR, THPC and Save the Children in early 2000 and Lao CSOs since 2020.

Her experience as an administrative, logistical and financial matter inspired her passion for running her own business in 2007-2018.

As a Finance Officer for BABSEACLE, she works closely with the BABSEACLE team to ensure transparency and accountability on the management of budget, expenditures, and payments in compliance with our financial rules. She enjoys learning new knowledge about financial and accounting systems and in different areas of works by participating in training and workshops and then applying these in her work. She has a very strong commitment of her works that could contribute to the success of BASSEACLE in Laos and believes that she can help to make this possible.

A year before graduating Bachelor of Law in 2009 from NUOL, she joined the NUOL faculty of law and political science CLE program as a student volunteer. After graduation, she started her career in a private company in Savannakhet province.

In 2012 she came back to Vientiane and started her career as a legal support officer in a law firm in the Vientiane capital and then shifted to work as an international coordinator for the National Committee Business Development. In 2015, she got a scholarship to do her master’s degree in New Zealand in the major of public management. When she came back to Laos, she joined the insurance regulator team. Her main roles were assisting in coordinating with ASEAN insurance regulators, updating insurance data from Laos to ASEAN and others, reviewing insurance policies before getting approval from the Government, supporting the Southeast ASEAN Disaster Risks Insurance Facility (SEADRIF) in Lao PDR. In 2019, she got an opportunity to join the insurance team to work on drafting insurance amendments law and proposed it at the National Assembly. Apart from that, she is also in charge of supporting public awareness on insurance, making brochures/cartoon books that aim to provide basic knowledge on insurance to people on the website, and from time to time assisting on insurance disputes resolution work.

She loves working in the development sector, she believes in justice and supports Lao to become a rule of law state, she enjoys working with multicultural people and believes in teamwork.