Supporting the unmet legal needs of people who use drugs in Asia, especially within the criminal, civil and administrative spheres, will not only result in a decrease in the numbers of people unnecessarily caught up in the criminal justice system but will also avert the negative impacts on the individual and public health implications of detention. However, it is not possible to meet the legal needs of the drug users when the legal aid providers work individually. Recognizing these needs, Bridges Across Borders Southeast Asia Community Legal Education Initiative (BABSEACLE) and their partners decided to set up a pro bono network of legal aid providers for drug users. This initiative has been officially etablished and has received great support so far.

On 2 September 2016, a group of 39 committed legal service providers, including legal aid and pro bono lawyers, and  paralegals, in conjunction with drug policy advocates, public health researchers and representatives from networks of people who use drugs, met to discuss the strategic development and establishment of an Asia Regional Network of Pro-Bono Legal Service Providers to Support Access to Justice for People at Risk of Incarceration or Compulsory Detention associated with Drug Use and/or Minor Drug Related Offences. The meeting was held as a side event of the 5th Asia Pro Bono Conference held in Bali, Indonesia from 29 August -2nd September.

During the Asia Pro Bono Conference, a panelist session on “Pro Bono, for Drug Users and Access to Justice in Asia” was conducted by legal service providers from Australia, USA, Vietnam, Thailand, Myanmar and Indonesia. The purpose of the session was to share their stories relating to drug users and the law in their countries, as well as to advocate the need for a pro bono legal service provider network for the community. This session acted as the beginning of a process to develop and strengthen a regional pro bono network alliance which will provide support for drug users. After attending the session, many participants were interested in attending future events and expressed their commitment to supporting the initiative.

The primary purpose of the roundtable meeting was to raise awareness and seek input from attendees about the development of a Baseline Research Report. This report would first examine the potential challenges and opportunities to establish a pro bono legal service that would help to provide access to justice for people who use drugs, as well as engage in national and regional efforts towards improving drug legislation and policy reform. The meeting was held as a facilitated dialogue and was based around four main sessions, the first of which aimed to explore country level contexts and the second session was about articulating the beginning of a vision for the network. The third session centred around developing a framework for the regional background report which would act as a blue print for the network and in the final session the participants came to an agreement on the process for the report development. 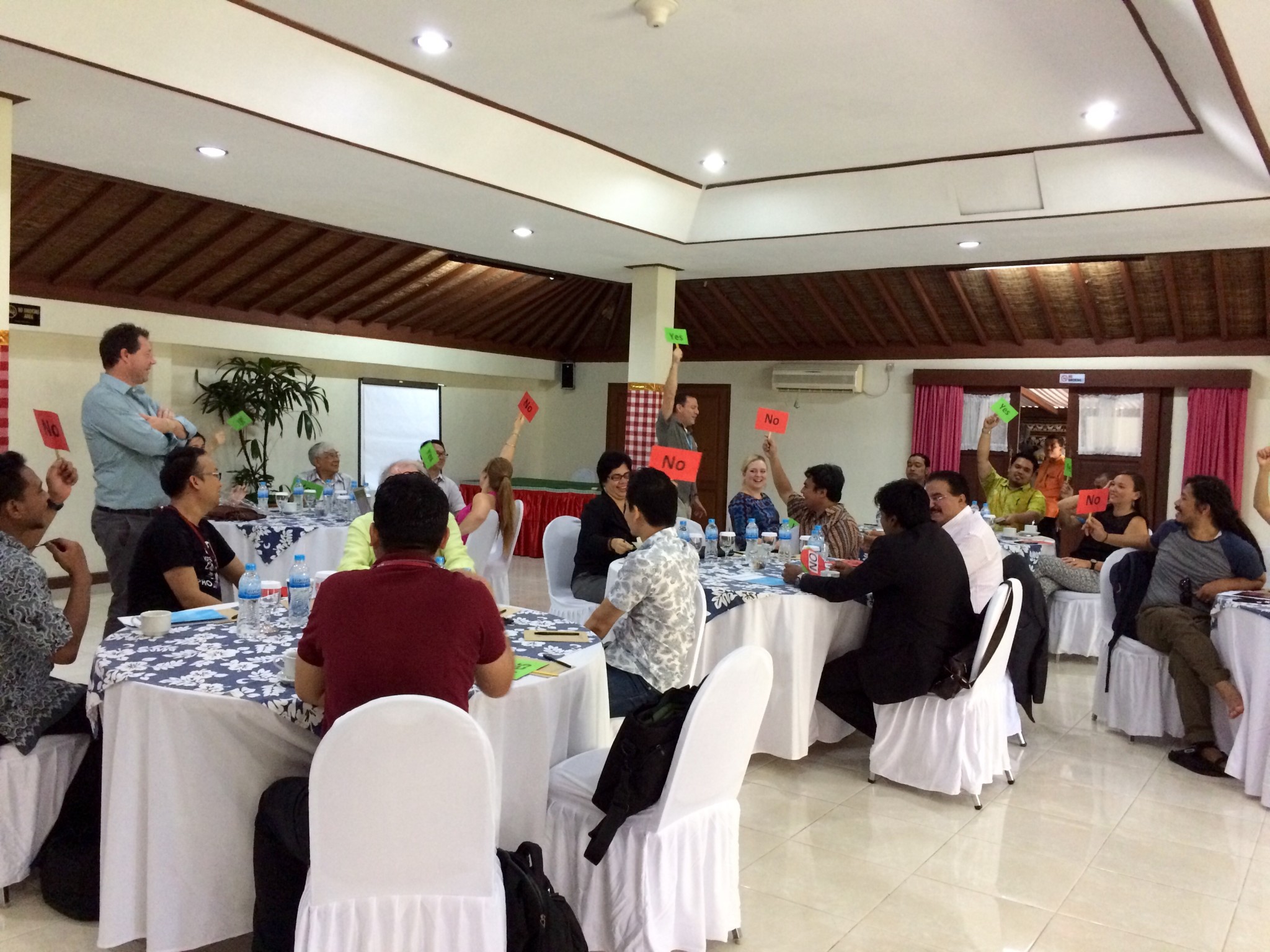 Pic 1: The participants shown their commitment to support the initiative by holding up the YES sign

Overall the meeting was a success. As a group, we were excited to produce the Background Research Report. Based on the discussions held during the meeting, a research protocol has been developed to guide the report’s development and focal points in the different countries have been selected to convene the country level snapshots that will be integrated into the report and will indeed act as a blue print for the network formation and its initial strategic work plan. The Background Research Report will seek to populate a set of selected data sets so we have a baseline from which to evaluate the growth and impact of the network. The Report will explore various effective strategies to increase the strength of this network.

Key outputs from the Roundtable Meeting of Key Partners included the establishment of key focal points and steering group to support the development of the ‘country snap shots’ report to inform the building of the network; an agreed framework and methods of research to extract information for the country snaps; the roadmap for the production of a Baseline Regional Research Report that would blueprint the network formation and finally, an agreement on the proposed next steps towards release of the work at the Access to Justice week in Chiang Mai, January 2017.

The Background Research Report is set to be launched at the Access to Justice week in Chiang Mai from 16-22 January 2017. This event will be the first formal activities to catalyze the development of, as one of the roundtable participants said, a ‘kick ass’ network. The aims of the research are to create better understanding of the current challenges and opportunities with regards to the growing the provision of pro bono legal service provision for People Who Use Drugs (PWUDs) in Asia. The report will also build a baseline data set of indicators from which to be able to evaluate the future impact of the network and to outline a potential operating model, governance arrangements, resource opportunities, advocacy plan and a strategic work plan to guide the development and mobilization of the network. At this stage, it is a multilateral agreement with seven participating countries including Vietnam, Indonesia, the Philippines, Thailand, Myanmar, Singapore and Malaysia all being taken into account in the objectives of the research. The research team consists of eight focal points from the listed countries and will contribute significantly to move this initiative forward.