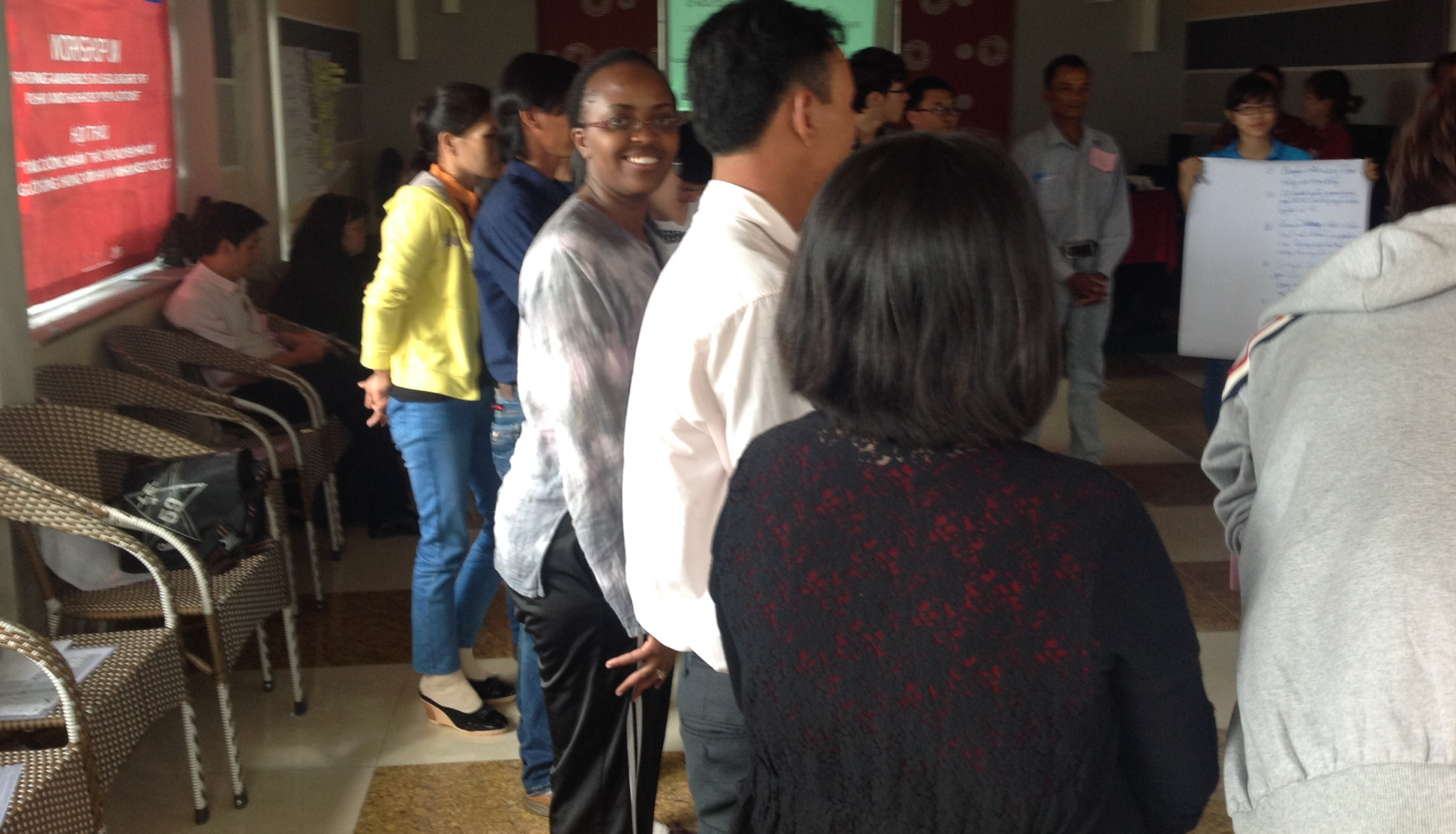 I travelled with my supervisor, Linh Bear, to Ho Chi Minh City and Dien Bien City, where consecutive weekend trainings, including materials, were in Vietnamese,  the language of most participants, but I managed to translate such materials into English, so that I could more easily follow along. Because language is vital for expressing, understanding and promoting access to justice, BABSEACLE offers extensive teaching support, by having training manuals and sessions conducted in Vietnamese.

These community teachings are life-changing, due to ignorance regarding how HIV is transmitted. For example, there was a potentially lifesaving mock demonstration of how a condom should be worn, removed and disposed, which dispels the belief that, to save costs, condoms may be washed and reusedParticipants included those living with HIV/AIDS, doctors, and lawyers.

This training was a great example of BABSEACLE’s reaching out to people with HIV, through awareness of their legal rights., and the collaboration between BABSEACLE, VNP+, and the law students from University Of Economics and Law and Trade Union University, by using clinical legal education teaching methods, played out so well during the trainings. that I really appreciated my summer volunteer placement in South East Asia.

Milkah, in Ho Chi Minh, during the workshop on raising awareness on legal rights of PLHIV & high risk population, on 19th of July, 2014.

. Milkah And Lihn Bear in Dien Bien during the workshop on raising awareness on legal rights of PLHIV & high risk population on 27th July 2014.