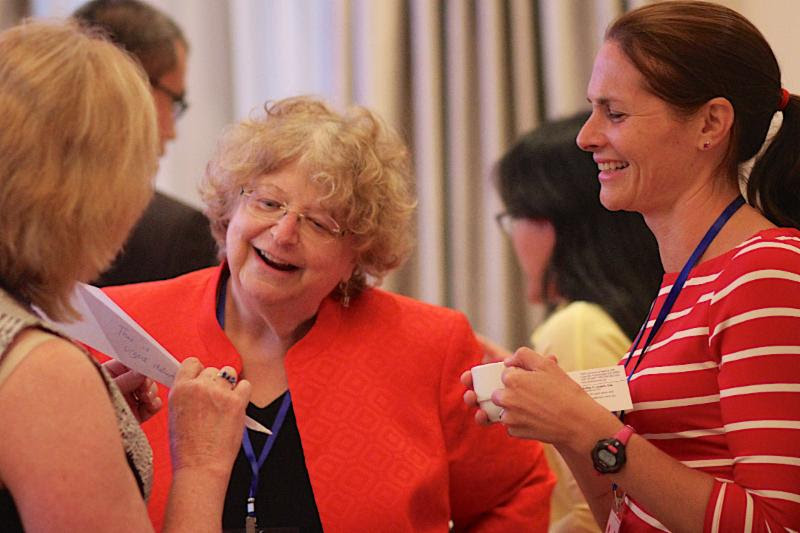 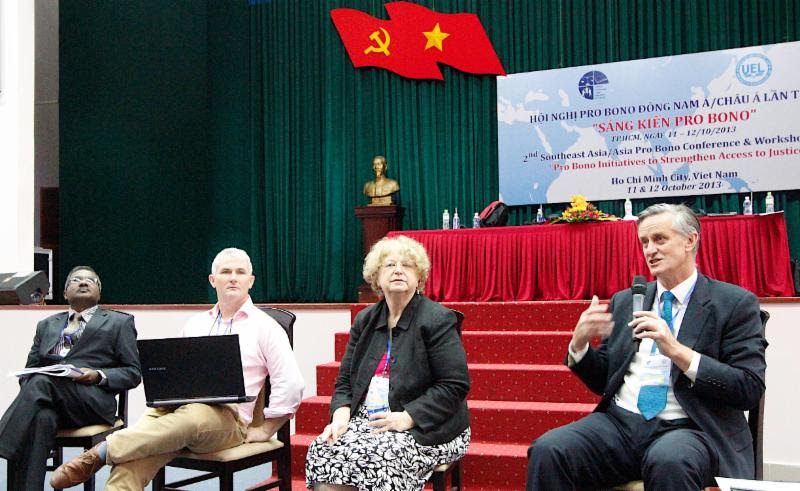 We are writing to all with a deep feeling of both sadness and joyfulness as we honor the life and journey of Esther Lardent, the founder of the Pro Bono Institute who passed away on April 5, 2016.

Our organization BABSEACLE, along with our Asia Pro Bono Consortium partners, are guided by the conviction enshrined in the Margaret Mead quote:

“Never doubt that a small group of thoughtful, committed citizens can change the world; indeed, it’s the only thing that ever has.”

Esther led her life committed to this belief and principle, while also understanding that it was important to have many others, often from large groups, including law firms, corporations, civil society, governments and others join on to effectuate change.

Throughout her life she saw and recognized that there was an incredible amount of unmet legal needs, and lack of access to justice, being experienced by people worldwide. Rather than shying away from this reality she addressed this challenge head-on and devoted her life to ensure the pro bono movement would assist in righting this wrong.

Her efforts led to the creation of the Pro Bono Institute more than 20 years ago which has done monumental work, including helping to bring about law firms and lawyers providing 4.3 million hours of pro bono each year.

Esther was a visionary, a doer and importantly, she was a real mentor.  This included her coming out to be with us in Asia in 2013 where she presented the Key Note speech at the 2nd Asia Pro Bono Conference in Ho Chi Minh City, Vietnam.  We were so honored to have her with us as she inspired and provided guidance and how to further develop this existing and ever growing group of world changers.

Prior to her travelling across the globe to be with us Esther took much time out of her very busy schedule to prepare for her journey and presentation in order to ensure she would provide the greatest impact she was capable of. This period of time allowed us to learn much more about who Esther was and where she came from.

In 2012 we were in the earlier stages of organizing official pro bono related convenings in order to bring together individuals and groups of committed persons to help drive and fuel the pro bono efforts in Asia.

Esther very much related to what we were doing and how we were going about doing it. She compared our efforts to her own. Esther talked with us about her early years in working to organizing the pro bono movement in the USA. She reflected on how these efforts included her and a few persons gathered together in solidarity, often in a single room to work well into the late night hours and running around doing everything. They were a group of people that took their responsibility seriously and yet they celebrated life knowing they were a part of bringing positive change to so many others.

She told us that there was an immense amount of obligation and importance placed on their shoulders. When this felt like it was too much for them the group would make sure to go out and dance well into the evening revitalizing themselves so they would be ready, productive and effective to address the issues and challenges of the next days, weeks and months. She also told us how moved she loved and was honored by incredibly committed, exceptionally hard working, PBI team that continued to do immense things with often limited human and other resources.

Esther came to Vietnam where she worked and celebrated with us. She was, as we knew she would be, an inspiration and a treasure chest of knowledge and experience. Esther, being Esther, also greatly enjoyed being surrounded by the gathered group of persons committed to bringing greater access to justice to others.  One of the many wonderful memories we have of her is her yelling “BINGO” with glee, and winning a prize, as she participated in one of the many interactive and informative sessions the conference had become known for organizing.

With Esther’s passing we find incredible solace in knowing that Esther’s legacy continues to grow and change the world. We have been inspired and mentored by her in so many ways it is almost impossible to express.

Our thoughts and deep condolences go out to all of her family, friends and colleagues who knew her and all who have been touched by her. This includes the deeply committed PBI team that will continue to carry on her legacy of ensuring pro bono and mentoring continues to grow and strengthen.  There are number of PBI  events in 2016 dedicated in honor of Esther.

Esther, we promise to keep changing the world in ways you have taught us to do, and dance in celebration as this incredible impactful, transformational movement grows and grows. As we do so we know that you are there with us.

The BABSEACLE Team and the Asia Pro Bono Consortium