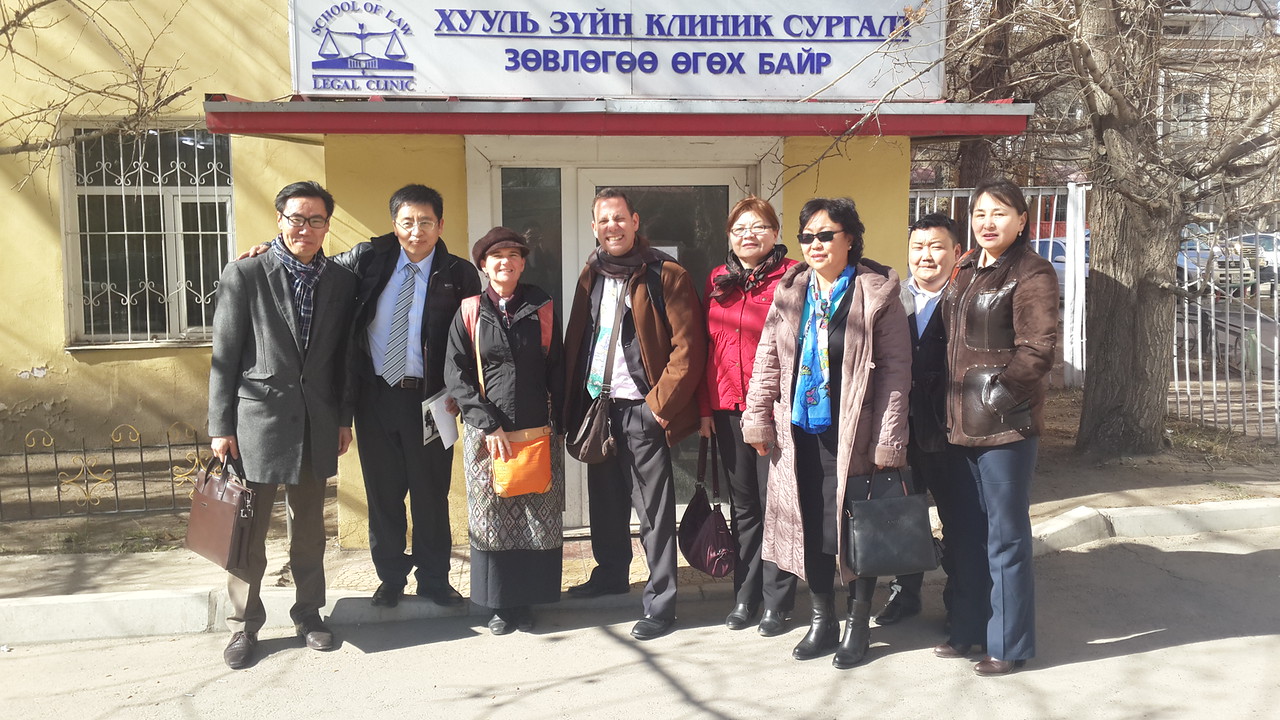 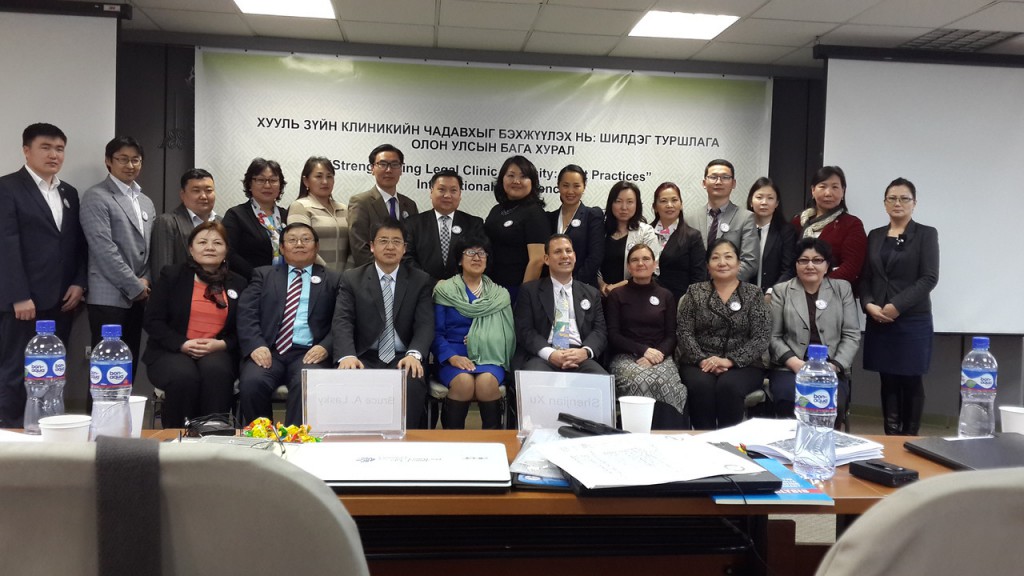 Having first visited Ulaanbaatar, Mongolia, in July 2005, where I explored a strong but nascent clinical legal education (CLE) movement, it was a real pleasure and honor to have been invited back, ten years later, to see such growth and maturity. It was even a greater honor to have been able to do this, with Wendy Morrish one of my BABSEACLE Co-Directors.

We were invited to attend and present, at the event, Strengthening Legal Clinic Capacity: Best Practices International Conference on Legal Clinic Development, on May 5-6 2015. This date is the 15th anniversary celebration of the establishment of Clinical Legal Education, by the School of Law, National University of Mongolia, which organized, with its Practical Training Center, this conference. 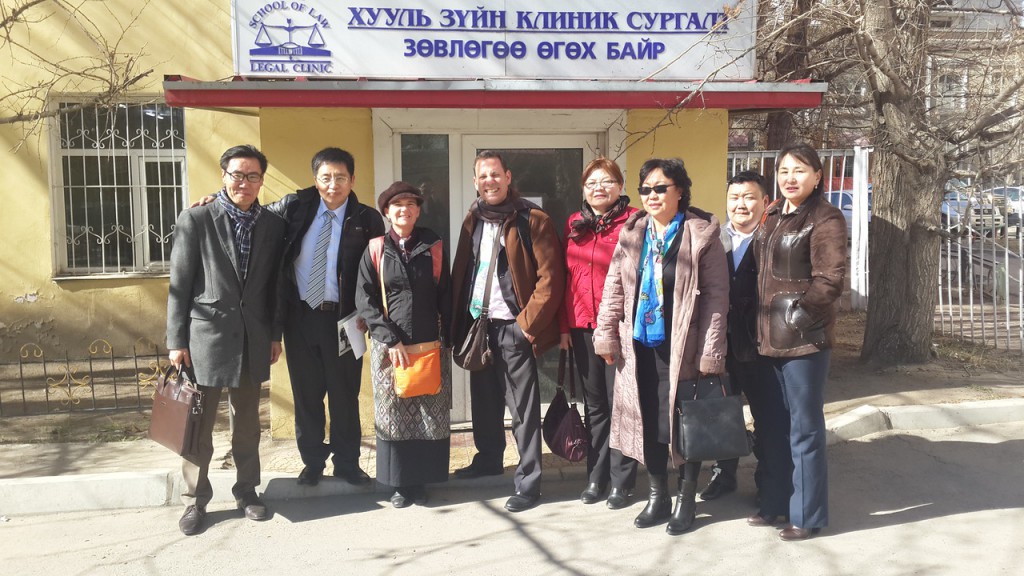 The Conference was being held to raiseawareness of the legal clinic education movement, regionally and globally, and had speakers from Mongolia, China and Russia. Wendy and I represented the Southeast Asia movement. Since a major topic was the study, at a regional level, of best practices and solutions to institutional and systemic challenges, Wendy presented on the development of CLE in the Southeast Asia Region, and I focused on means and methods of networking to strengthen CLE programs.

I was very impressed that CLE, in Mongolia, had expanded from one university to eight, in only ten years. This represented almost 50% of Mongolian university law programs. I was also glad to see the way how the Mongolian Bar Association supported the CLE movement, including the hosting of this Conference, at their offices.

Yet, I was most happy to meet, once again, Mrs. Tuya Nurenzed, one of the pioneers of CLE, in Mongolia. She was accompanied by former students, who were now working to help strengthen CLE in the country. I first met Mrs. Tuya in 2005, when she had already been running the National University of Mongolia CLE program, from its inception, five years earlier. Due to the fact that I had been immediately impressed with her ability, and true commitment to justice education, she was invited to attend and present, at the 1st SE Asia Clinical Legal Education Conference. BABSEACLE, along with the Pannasastra University of Cambodia and the Open Society Justice Initiative co-organized this event in Phnom Penh, Cambodia, in November 2005. Tuya’s presentation and presence significantly impacted the 2005 Conference, and many people, ten years later, still tell me how she and her CLE program inspired them. I can clearly say that, in all the years of supporting CLE programs, I have rarely met anyone at her level of vision and ability to truly achieve impactful results. Therefore, the honor to present, at her institution, was a true gift, for me. 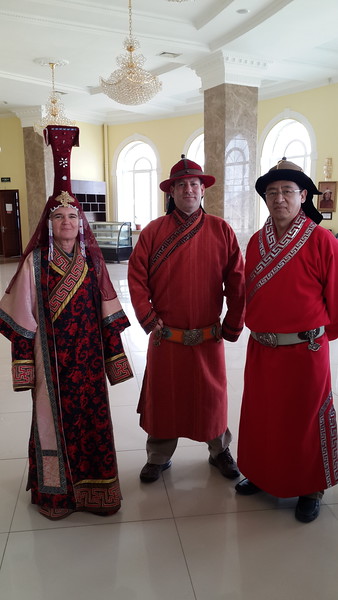 My reunion was not only limited to Mrs. Tuya but also  extended to Professor Xu Shenjian, a clinician from the Chinese University of Politics and Law (CUPL) who presented alongside us in Mongolia. Wendy and I first met Professor Shenjian in 2007 at a CLE conference in
Australia. Since that time, he has worked, alongside BABSEACLE, to assist in the development of CLE, in a number of countries, throughout Asia.

All this took place, in a city and at a time, when the weather, in Ulaanbaatar, seemed to deliver winter, spring, summer and autumn, all in one day. This included a bit of snow, to which Wendy delightedly laughed, “Imagine snow, in May, in the northern hemisphere!”

Interestingly and importantly, the reunions did not stop in Mongolia but continued, even after our return to Southeast Asia. In June, one of Ms. Tuya’s adjunct law teachers and former students, Mr. Bolorsaikhan Badamsambuu, attended a ten day training event, The Inaugural Asia CLE Summer School, in Chiang Mai, Thailand. At this regional CLE event he represented his country, in a very proud manner, with input that provided a deeper understanding, to many persons less familiar with the amazing and incredibly varied CLE movement.

It is easy to say that this trip back to Mongolia has afforded me a marvelous opportunity to return to a people and a place, which continue to impact me, ten years on. Reflecting on this it is easy to say that all of us meeting and re-meeting again and again look forward to positive justice and education results, and to continued reunions.

By Bruce A. Lasky, Co-Director,