CLE Student Initiative: Working, teaching and learning about “HIV and the rights of PLHIV” with HIV+ Vietnamese community trainers 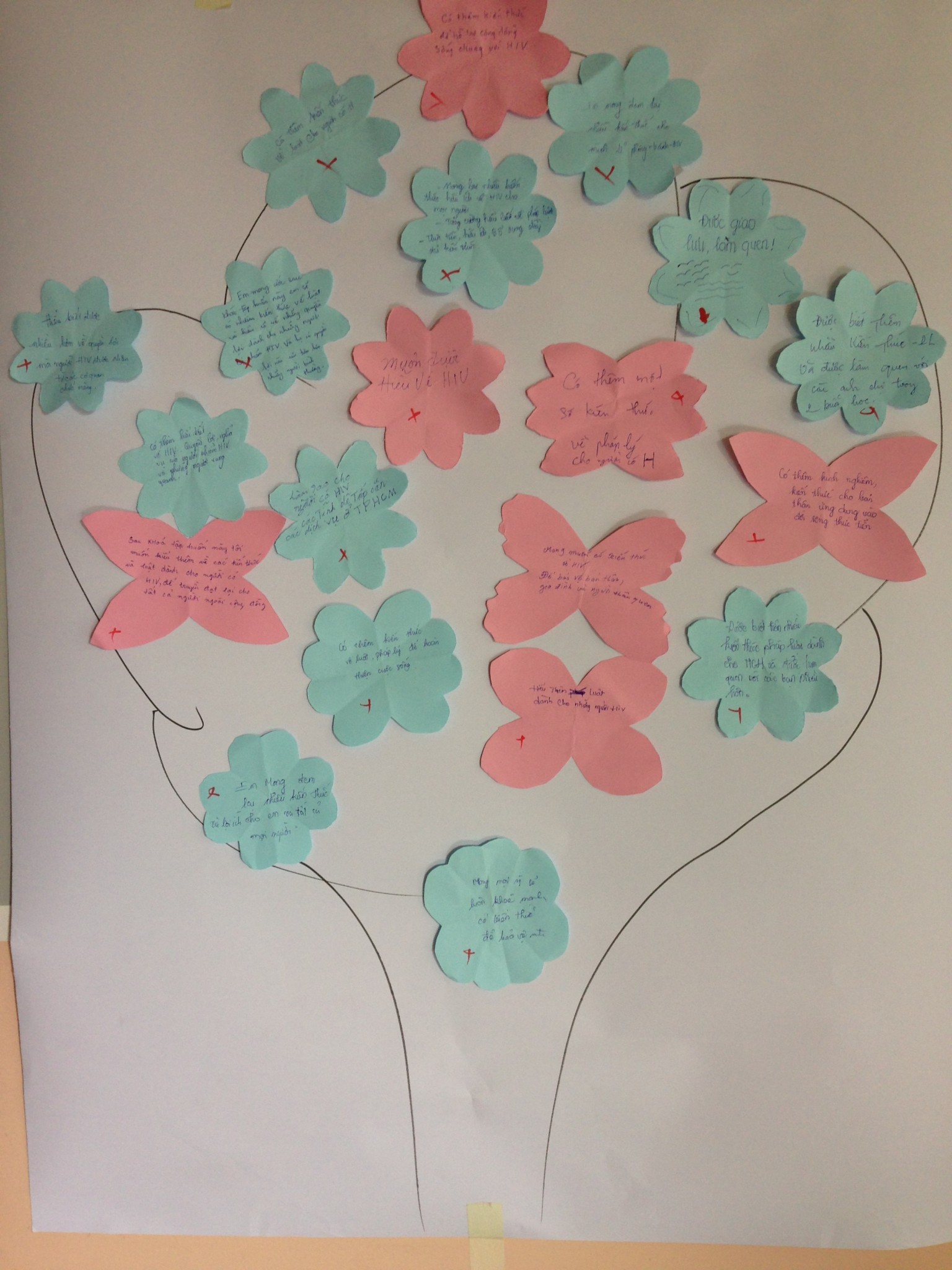 The 2013-2014 European Instrument for Democracy and Human Rights (EIDHR) project, “Empowering people living with HIV and populations at higher risk of HIV infection in Vietnam.”, was granted by the European Union (EU), to the United Nations (UNAIDS), and implemented by Bridges Across Borders Community Legal Education Foundation (BABSEACLE Foundation), the Viet Nam Network of People living with HIV (VNP+); and a number of BABSEACLE law faculty partners including Trade Union University (TUU); Vietnam National University (VNU); Can Tho University (CTU); University of Economic and Law (UEL); and Ho Chi Minh city University of Law (HCMLU). This project was created with the goals of: (1) creating a core team of PLHIV and CLE trainers; (2) creating a CLE mutual practicing environment for community trainers, CLE students and the PLHIV[1] and KAP[2]; (3) raising legal awareness of PLHIV and KAP, so they learn about their rights and obligations how to protect those rights themselves; and, when necessary, transferring rights violation cases to legal aid providing partners and/or local law clinics.

Each community legal training was conducted by a seven member training, including; one VNP+ Project coordinator, one provincial HIV coordinator; one CLE master trainer, two PLHIV trainers; and two law student facilitators. The first phase, which occurred in 2013, included one training of trainers (TOT) and thirteen community teachings. The March 20, 2013 agreement, between UNAIDS and BABSEACLE Foundation, provided the legal basis for the TOT, and for sixteen PLHIV leaders and sixteen law school students, from Hanoi, Dien Bien and Hai Phong provinces. These were to be followed by trainings for PLHIV, KAP and duty bearers, in five cities and provinces. 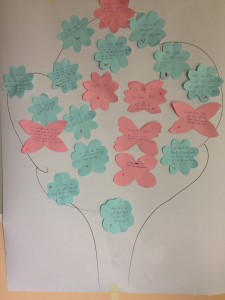 All of the project objectives were successful, including thirteen trainings of 343 PLHIV and KAP participants, capacity building for PLHIV and KAP, in order to raise their awareness of their own legal rights. Before the trainings began 47% of the participants answered the pre training questionnaire correctly, but after being trained, 98% of participants answered the post training questionnaire correctly. 100% of the participants thought that the “Learn about your rights” trainings were good and useful. In fact, some had; received information, from participants, about legal rights violations, and 19 cases (including 2 cases in 2013 and 17 cases in 2014) that were referred to the legal aid providing partner the Center for Consulting on Law, Policy, Health, and HIV/AIDS (CCLPHH), were actually worked upon. A major advantage of the EIDHR Project 2014 is that lawyers, from legal aid center partners, including CCLPHH in the North and Legal Aid Center No. 09 in the South, can give legal assistance, on the spot, and can pursue potential rights violation cases, in the future.

As this project reached conclusion, an assessment was undertaken by BABSEACLE Foundation, in collaboration with relevant partners, to document lessons learned and to propose suggestions for the sustainable continuation of legal education activities. The final assessment was one of the EIDHR 2014 Project’s outputs, and was written to evaluate the content and effectiveness of the project, for the project beneficiaries. This assessment gathered information about changes in the capacity of participants, assessed whether this model was effective and was conducted and shared by BABSEACLE Foundation. This helps UNAIDS, BABSEACLE,VNP+ and other partners understand how they can better serve the community, including the Vietnam CLE program which is supported by BABSEACLE.

During the project’s two years, through the hard work and dedication the project’s human resources of BABSEACLE Foundation, BABSEACLE and VNP+, 568 PLHIV and KAP in five provinces were trained to improve their awareness on their own legal rights and skills to fight against the rights violations. During and after trainings, PLHIV participants asked and/or made phone calls to the trainers, the universities’ law clinics, the legal aid centers (CCLPHH and Legal Aid center No.09) to ask for counseling and legal support for their issues. After being equipped with information, participants became the nuclei to propagate and popularize the knowledge and awareness on their rights and skills to handle the violated issues and to pass on this learning and information by word of mouth or through group activities to the other persons. 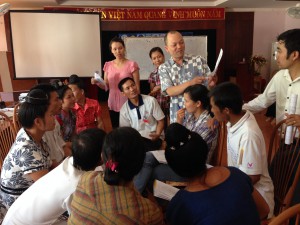 In addition to the above numbers, there was a significant and important impact that must be stated. The goal of having CLE students and teachers engaged with this project was in large part promoting reflective behaviors. A student and/or teacher who observes and evaluates him/herself-his/her thinking, feelings, learning or acting-is also being reflective. This project encouraged students and teachers to improve their ability to be reflective in all aspects of their personal and professional lives, not just within the cognitive domain and not just with legal problems.

BABSEACLE Foundation strongly felt this concept that it was set as a primary pedagogical goal in all the community trainings. This meant BABSEACLE Foundation trainers helped the CLE participants to value reflective behavior; assisting them to become more conscious of engaging in reflection and to monitor their reflectiveness; aiding them in improving their ability to be reflective; and encouraging them to modify their actions in light of reflection.

These actions greatly help to reduce the stigma often attached to PLHIV and KAP. During this project this reduction in stigma occurred, in-part, in many law students and law teachers. This is important to note as these persons have the ability to help protect the rights of PLHIV and KAP in many years to come. This protection of rights of the poor and marginalized is one of the core goas of CLE and this project was a fabulous way to incubate this ethic.