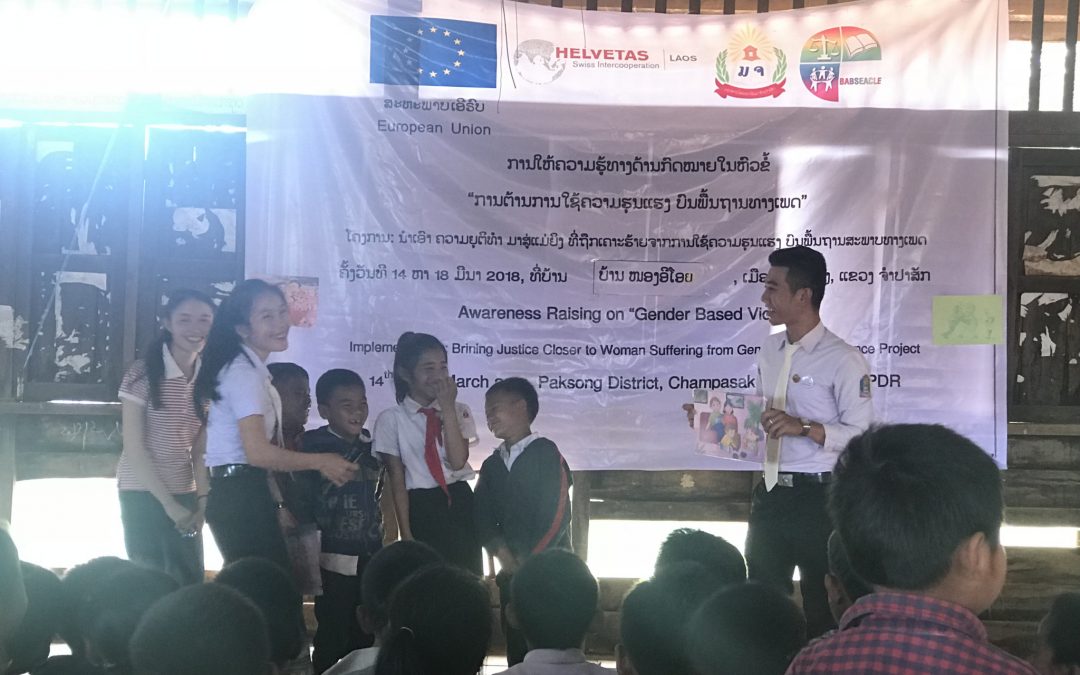 What is gender based violence (GBV)?

Gender-based violence or (GBV) can happen anywhere such as: at home, at work, in the village and when travelling.

In March 2016, BABSEACLE has cooperate with HELVETAS Swiss International and the Association for the Development of Women and Legal Education(ADWLE) lunching a project call “Bringing Justice Closer to Women Suffering from Gender Based Violence”

The present report aims to establish a baseline for the European Commission funded project called, ‘Bringing Justice Closer to Women Suffering from Gender Based Violence’ (GBV Project) in Lao PDR.  The GBV Project is to be implemented over a period of 42 months from March 2016 to September 2019, at a cost of 400,000 euros. Key project implementers are Helvetas Swiss Intercooperation (Helvetas) in partnership with the Association for Women Development and Legal Education (ADWLE) and Bridges Across Borders Southeast Asia Community Legal Education Foundation (BABSEACLEF).

Together they have committed to the following overall objective of the project – “To contribute to the reduction of Gender Based Violence (GBV) and increase access to justice for vulnerable women in Laos.” Specifically, the project aims to achieve that the social, economic and cultural rights of women with regard to GBV are strengthened through improved awareness, knowledge and capacities among women, civil society organizations and other stakeholders. In doing so, the project aims to contribute to the achievements of Sustainable Development Goals on gender equality, and peace Justice and strong institutions.

The project particularly targets community members and local authorities in 30 villages of Champasak and Vientiane provinces, 30 village mediation units, 50 judicial and law enforcement officials, 2 law faculties at National University of Laos (NUoL) and Champasak University (including 120 law students and 10 law professors and lecturers), and civil society organizations, namely the ADWLE’s Legal Aid Clinic in Vientiane, and two Community Legal Education (CLE) and “in-house clinics” based in targeted law faculties of Vientiane and Champasak. In total, 3000 women and men, including at least 50% from ethnic groups, in 30 villages in Vientiane and Champasak provinces are expected to directly or indirectly benefit from the project.

The propose of the report is to be able to understand the need of the communities of the Project Area.