The BABSEA CLE Legal Studies Externship Clinic is designed to give international law students the opportunity to work in and be exposed to the social problems that countries in the region face today. In their placements, they work side by side with law students from Thailand, Laos, Cambodia, Viet Nam, Malaysia, Singapore and Indonesia.

In the summer of 2011 (May-August), 17 law students from six countries (Australia, Canada, France, Singapore, UK, USA), joined with regional CLE participants from Viet Nam, Cambodia, Thailand, Malaysia and Laos to support the projects in the Clinic, based initially in Chiang Mai, Thailand.

The students attended training workshops during their first two weeks; workshops designed to give them a better understanding of current access to justice issues in Southeast Asia. They also took Thai language lessons, giving them an important skill, not only for their personal and professional development, but to better equip them for observing social justice issues in Thailand, give them a deeper understanding of Thai culture – and prepare them for “immersion” week.

During their one-week cultural immersion, students were assigned to home-stays in a rural community to further their understanding of the culture from a traditional Thai family’s perspective. On their return, the students shared their personal experiences, the difficulties they encountered, how they overcame any problems and essentia 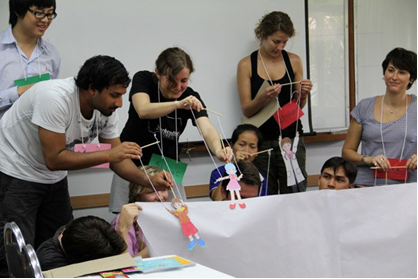 lly, what they had learned.

The longest part of the clinic was a seven-week placement in either the Chiang Mai office or one of BABSEA CLE’s regional offices, where the students worked with the local staff – by this time, the students were confident team members, capable of making a meaningful contribution to local projects.

For the final section of the Clinic, the students returned to Chiang Mai for a collective debriefing to share their experiences and overall per-spectives. Generally, they reported they had been faced with new realities that they had previously ignored. Their world views had been transformed and they had gained a more global perspective about the law as a mechanism for social justice. Moreover, the Clinic had given participants an unprecedented opportunity for global networking with people with similar ideals and goals. In only a few months, the 2011 summer interns had formed relationships that will enable them – now and in the future – to build bridges across borders throughout the world.